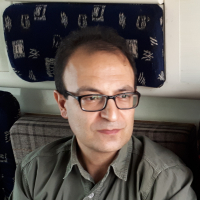 AliNateghi ✭
July 2018 in Grammar, punctuation, and usage
Hi
A: Are you sure you talked to the bank manager?
B: Yes, I talked to him-----------.
a. myself
b. himself
Could you tell me which one is correct?
0 · Share on FacebookShare on Twitter