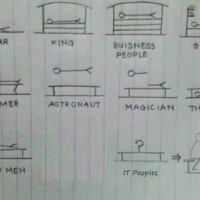 I found the definition of Located in my Oxford Advanced Learner's Dictionary, but it's example made me so tired and I could not understand exactly what it means.

located
Adjective [not before noun]
if something is located in a particular place, it existed there or has been put there SYN situated:

Can someone tell me know what kind of the grammar that was used in the above example?