How to start a great discussion

Thank you for starting new discussions and asking questions. The more you contribute, the better this forum becomes.

Here are a few tips to help you create great discussions:

Thanks for posting! Have fun! 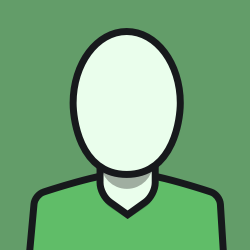 The spelling it's is used only for the short form of it is.

The spelling you want is

I think I found a physics error; is it, and what to do?

I think I have found an error in the entry for: gauge, n.

look at the fourth entry for meaning C. (physics) which I reproduce below (cut and paste from the OED website).

the offending part is here:
U→Ue^{iα}U→Ue^{—iα} (I have added the curly brackets to denote the argument of the exponential, omitted above and below)

to get the physics right, it needs to be:
U→Ueiα, U→Ue—iα

the offending part is wrong because, as shown online, U (a tensor or spinor) is said to 'go' to something of a very different abstract dimension, UU*, the complex scalar notwithstanding. This is wrong, not something a gauge transformation would do I think. A comma and a space would restore the original meaning of Pauli's.

It's really understandable how the error seems to have crept in. The quote comes not from the body of the paper but a footnote on page 718 of the reference (OCTOBER 15, 1940 Physical Review
VOLUME 58 `The Connection Between Spin and Statistics', etc.).

Pauli has a space between the 2 separate species of the gauge transformation of the first kind, and the OED simply omits the space, but as it is a mathematical expression, omission of the space makes for the mathematical error, which does not exist in Pauli's paper, but does exist in the OED.

Putting in the comma (and restoring the space) would be best. I do not know if there exists a phrase like [our. punct.] or something to indicate that Pauli's original expression could've been improved upon.

I would like to submit this note in hopes of eventually there being a remedy in the OED.

Re: Function of expert

However, in the PASSIVE sentence
John was regarded as an expert
we must recognise

So I think we should recognise

The alternative is to analyse

Having written this, I think I've changed my mind. I now prefer the second analysis.

Re: Get rid of Lexico pls!

Hi @weilderofwords
I think this would be very helpful.

Do you mind suggesting this directly to them? I have no behind-the-scenes access to their site at all, as we are just providing the content.
But here is the link to their contact form: https://www.lexico.com/en/contact-us

I think you've got a good point there and this is good feedback - I'm sure they'll appreciate it!

Re: Which one is correct?

Well, ignoring the end of the sentence, which is pretty much gibberish.

Re: Which would be the correct usage of the possessive case in this sentence?

The noun you want is consternation.

There are restrictions on when we use the possessive form of nouns rather than a phrase with of.

all to the consternation of us onlookers

It makes sense. But it means 'before' so it's better to just write Before.

I think it's acceptable in any dialect of English. For me, it suggests
'Did you have your own office when you worked in the job previous to your last job.'

With the PAST PERFECT you could be asking
'Did you have your own office when you worked in any of your jobs previous to your last job.'

Academic researcher? Get in touch!

Here at Oxford University Press, we know that the OED is an essential tool for many researchers. But some researchers have informed us that OED content and data is not as accessible as it could be for their projects.

In a time when digital research methods are becoming more prevalent, we want to hear from academic researchers to find out how (if at all) you use OED information and data in your current work.

Even if you have never thought to use the OED in your research, it would be incredibly helpful for us to understand why this is.

We are also really interested to find out how it could be used in your research in the future, and exploring ways that Oxford University Press and the OED can work with you, your colleagues, and the wider research community to ensure that the rich and curated data-set that is the OED continues to adapt to the changes in research practice in the years to come.

We’ll be working over the next few months to collate thoughts, ideas, and trends, and continue iterative feedback with an aim to develop new research tools.

If you have any initial thoughts about how the OED could better support your research, either leave a comment or follow the link.
https://public.oed.com/the-oed-and-research/ 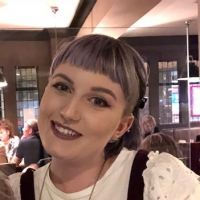 Re: mile or miles