You could start by substituting how extensive.
Yes, full and true will need to become fully and truly — but not in the MAIN CLAUSE.

Then if you wish, you can choose synonyms to substitute for extensive.

Getting the most out of this community

Here are some tips and tricks for using this forum: 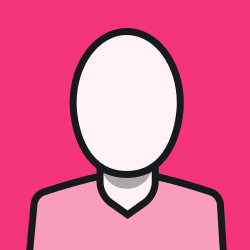 You can find a less confusing definition, @lb_c119, if you click on DICTIONARY in the top left-hand corner of this page.

1 Used to single out one person or thing over all others.
‘he despised them all, especially Sylvester’
‘a new song, written especially for Jonathan’

2 To a great extent; very much.
‘he didn't especially like dancing’
[as submodifier] ‘sleep is especially important in growing children’

From that page you can click to see more example sentences and also synonyms.

But that rather awkward definition that you've found does apply to your sentences.

Yes, it does makes sense — because we understand when to mean 'before' when there's a PAST PERFCT form in the MAIN CLAUSE. It's clearer and sound better to use the word Before, but it's not ungrammatical to use When.

I think speakers of other dialects — including British English — would find it perfectly acceptable.

It makes sense. But it means 'before' so it's better to just write Before.

I think it's acceptable in any dialect of English. For me, it suggests
'Did you have your own office when you worked in the job previous to your last job.'

With the PAST PERFECT you could be asking
'Did you have your own office when you worked in any of your jobs previous to your last job.'

Most English verbs produce forms called PARTICIPLES. Generally they are formed with a suffix.

-ING
Almost all English verbs have a form with this suffix.

-ED
The majority of English verbs have a form with this suffix.
An important minority have forms similar in use and meaning but not created with a suffix. For example:
known, gone, taken, written, read

PARTICIPLES may be used like ADJECTIVES in three ways
1. before a noun — a screaming child, a watched pot cf a happy child, a black pot
2. after BE — the child is screaming, the pot is watched cf the child is happy, the pot is black
3.in a phrase after a noun — a child screaming for its mother, a pot watched by the cooks cf a child happy in life, a pot black from long use

In these uses, the -ing forms are ACTIVE and the -ed forms are PASSIVE.
(This important distinction is not reflected in the traditional terms present participle and past participle.)
OK, there are some exceptions, but very few:

For these reasons we have some strange pairs

Now many participles have changes to become more like adjectives.

Now located has not become completely like an an adjective. We can't say very located or locatedly
But there's some difference between The lost city has been located and a small town located 30 miles south of Chicago.
In the first, somebody has searched for and found the city. In the second the small town didn't need to be found; it's where it always was. That difference in meaning must be why the Advanced Learner's Dictionary classifies located as an adjective.

The meaning of be located is 'be (geographically speaking)'.
Both located and the near-synonym situated must be followed by a phrase which is an expression of place. So

Re: Is this grammar correct?

I wouldn't describe this as a grammar problem. It's just that the words don't go together.
We don't say
The length measures one metre.
The circumference circles the pond.
The weight of it weighs half a kilo.

Duration is the property of lasting. So we don't say
The extent of lasting will last

Re: How do the native people understand the words such as way (method (the particular way ...) ...)?

Look at the definitions in the online dictionary on this website.
Click on the word DICTIONARY in white letters on blue in the top left of the page.

For each word, click on —More example sentences.
You'll see that way and method are used quite differently.

@ShowMoiDwae, I don't think they always argue is incorrect.
But I do think sounds more natural as the second sentence in
They don't get on well. They're always arguing.

The problem is the word always.

Can the second sentence in it's tense form be used when complaining about something? in this case going to work by car.

Well, yes but it would mean complaining about the fact, not the conditions. And it's not an obvious sort fact to complain about.